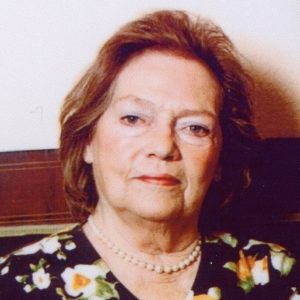 Princess Maria Margarethe was christened into the Roman Catholic Church receiving the names Maria Margarethe Anna Viktoria Luise Josephine Mathilde Theresia vom Kinde Jesu. She was the only daughter of her parents who had married in 1921. Her elder brothers were Prince Karl Anton, born 1922, and Prince Meinrad, born 1925. Her younger brother Prince Emmanuel was born in 1929.

Princess Maria Margarethe grew up between her family’s home in Munich and the Sigmaringen Palace in the Province of Hohenzollern. She received a traditional royal upbringing with her family employing nannies and governesses to help raise and educate the children, while servants, cooks and gardeners were also employed by the family. As a child Princess Maria Margarethe developed an interest in cooking and she particularly enjoyed spending time with the cooks in her family’s kitchen.

During World War II after the Sigmaringen Palace had been requisitioned to serve as the seat of the French Vichy government in exile, Princess Maria Margarethe once staged a small act of defiance by sabotaging the elevator causing the Head of State, Marshal Philippe Petain, to be trapped for three hours.

After the end of World War II, Princess Maria Margarethe began studying graphics and painting at the Academy of Fine Arts in Munich in 1946.

During 1946/1947, Princess Maria Margarethe also spent time living with her aunt Countess Augusta Viktoria Douglas, the widow of King Manuel II of Portugal, and her second husband Count Robert Douglas at their Langenstein Palace residence in Baden. Here she worked as a second cook in their kitchen, helping to prepare meals for 30 people a day.

After her studies finished in 1950, Princess Maria Margarethe worked for amongst other places Bavarian Broadcasting, the German Theatre in Munich and as a book illustrator.

In 1949, Princess Maria Margarethe’s father moved his family into the Villa Silberburg in Hechingen, the former capital of the Principality of Hohenzollern-Hechingen, where they represented the Princely House and devoted themselves to historic and cultural activities. Her father Prince Franz Joseph died on 3 April 1964.

On 18 December 1965 in Hechingen, Princess Maria Margarethe was quietly married to Duke Carl Gregor of Mecklenburg in a civil ceremony. The ceremony was performed by the Mayor of Hechingen, Paul Bindereif, in the presence of her brothers Prince Meinrad and Prince Emmanuel, who being unmarried in accordance with tradition served as the witnesses, and her widowed mother Princess Maria Alix.

As the Princely Family of Hohenzollern were observing a year of mourning for Princess Maria Margarethe’s uncle Prince Friedrich of Hohenzollern, who had died 6 February 1965, the couple’s religious wedding took place the following year on 23 April 1966 in the chapel of her family’s ancestral home, Hohenzollern Castle.

Following the wedding Duke Carl Gregor joined his new wife and widowed mother in law at Villa Silberburg. The couple’s marriage was childless.

With a shared passion for art Duchess Maria Margarethe and her husband were both members of the Hechingen Artists Guild. Together they also oversaw the running of the Steuben-Museum between 1971 and 1973.

Duchess Maria Margarethe died in Hechingen at the age of 78 on 4 August 2006. She was laid to rest in the Grand Ducal Family’s crypt in Inzigkofen which had been given to her husband’s family by her uncle Prince Friedrich following the death of her mother in law Duchess Irina in 1955.